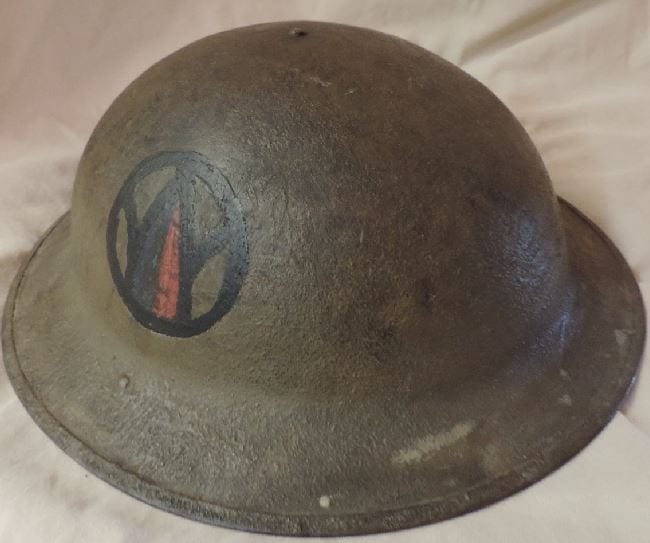 This year is the 100th anniversary of Americans entering World War One.  The Territorial Capital Museum in Lecompton is featuring a special exhibit honoring those in Lecompton, Kanwaka, Big Springs, and Stull who served in the war.  The World War One exhibit will debut during Territorial Days on June 17th.  Please join us for a special memorial service at 10am on June 17th at the Veterans’ Monument on Elmore Street (between the City Hall and Constitution Hall) while we read the 200 names of those who served and recognize their families and descendants.  The exhibit at the Territorial Capital Museum will be shown until October 14th.

One of Lecompton’s most beloved teachers was a World War One Veteran.   Clarence H. Smith, a 1911 Lecompton High School graduate, taught school in this area for many years.  He graduated from Douglas County Normal School (a school to train teachers) and started his teaching career at Stull.  Soon he was teaching and coaching athletics for Lecompton.  About nine months after the U.S. entered the Great War, Clarence was drafted into service.   His students in the “grammar room” gave him a surprise farewell party before his departure.  They presented him with a comfort bag.

The Lecompton Sun newspaper reported that “No teacher of our schools has ever been more successful or more generally liked than has Clarence.  He will go to war with the kindest feelings of the community where he has grown up, and his success will be watched for with interest.  And the whole town hope for his return.”

A few days later the members of the town basketball team and more than one hundred “young people” gave Clarence a farewell party with games and ice cream and cake.  The next day he left for the army.  He was part of the 342nd Machine Gun, Co. D, of the 89th Division. 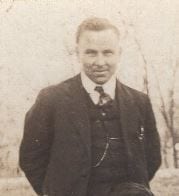 Clarence H. Smith was a beloved teacher in Lecompton for almost 40 years.

He trained at Camp Funston until May 24, 1918.   His unit arrived in France on June 23rd, 1918.  He wrote to his mother, Mrs. Harriet E. Smith, that he did not see any submarines during the voyage and that his ship –the S.S. Coronia–was well protected by convoy and a warship, although he did suffer from sea sickness.

Clarence fought in the trenches with a Vickers machine gun.  He was subjected to gas, shrapnel, and machine gun bullets during the St. Mihiel and Meuse-Argonne Offensives.  He returned home a few months after the war ended and resumed teaching in the Fall of 1919. 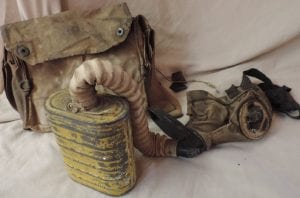 Clarence had to use his gas mask while in the trenches and “going over the top.”

Although there is no formal record of Clarence being wounded in his unit’s history, Clarence walked with a limp after the war because of a shrapnel injury to his leg.  He continued being a well-loved teacher until the mid-1950’s when he retired. 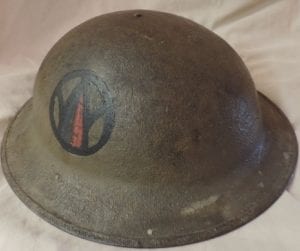 Clarence went to France with the 89th Division.

The Territorial Capital Museum is pleased to have many artifacts of World War One items from area residents.  Come see the helmet that Clarence wore during his service (with the 89th Division emblem),  his gas mask and other items at the museum.