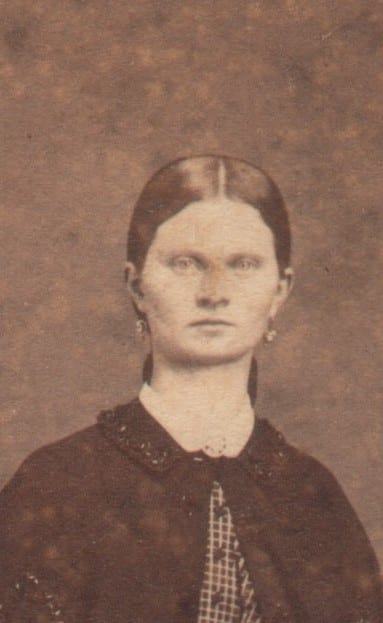 Jeannette (Nettie) Stickney was born in Morrow County, Ohio on August 31, 1842. Her family were New Englanders who had settled in New York and Ohio. Family tradition says that her father, Dr. David B. Stickney, wanted to seek a milder climate because of his health, so the decision was made to move.

“It was in 1863 that Dr. Stickney, his wife and three children loaded their household goods on a canal boat and took passage on the same craft for Dayton, Ohio. There they took a train to Cincinnati and at the latter city transferred to an Ohio River boat for the long water journey to Leavenworth. They proceeded down the Ohio to its confluence with the Mississippi, near Cairo, Ill., then up the Mississippi to St. Louis, and then on the Missouri to Leavenworth.

“The Civil War was in progress then and the boat, on several occasions, zig-zagged from shore to shore, to avoid bullets from the fighting forces.

“Finally they reached Leavenworth and Dr. Stickney decided to locate at Lecompton, seat of the Kansas territorial legislature….

“At Lecompton, Dr. Stickney met John Prigmore, who owned 160 acres in Jasper county [Missouri], north of what is now the town of Albia. He bought this tract without seeing it, also 80 acres adjoining it, from a man named Church, a blacksmith in Lecompton. Both these men were former Jasper county residents, who had gone to Kansas to escape the raids of contending armies….”

In 1865 the Stickneys set out from Lecompton to find their new home in Missouri. However, Nettie was not with them. She had joined the faculty of Lane University.

On March 8, 1865, Lane University opened its doors for the first time with fifty students in the college department and seventy-five in the primary department. Nettie was Principal in the Ladies’ Department.

She was a very strong woman. During that first school year, she not only taught students but doubled-up taking classes, as well. In the spring of 1866 she completed her coursework and was awarded a M.S. degree.*  Nettie Stickney became Lane University’s first graduate, and for many years she was the only one. In August, she was the Principal of the Intermediate Department. 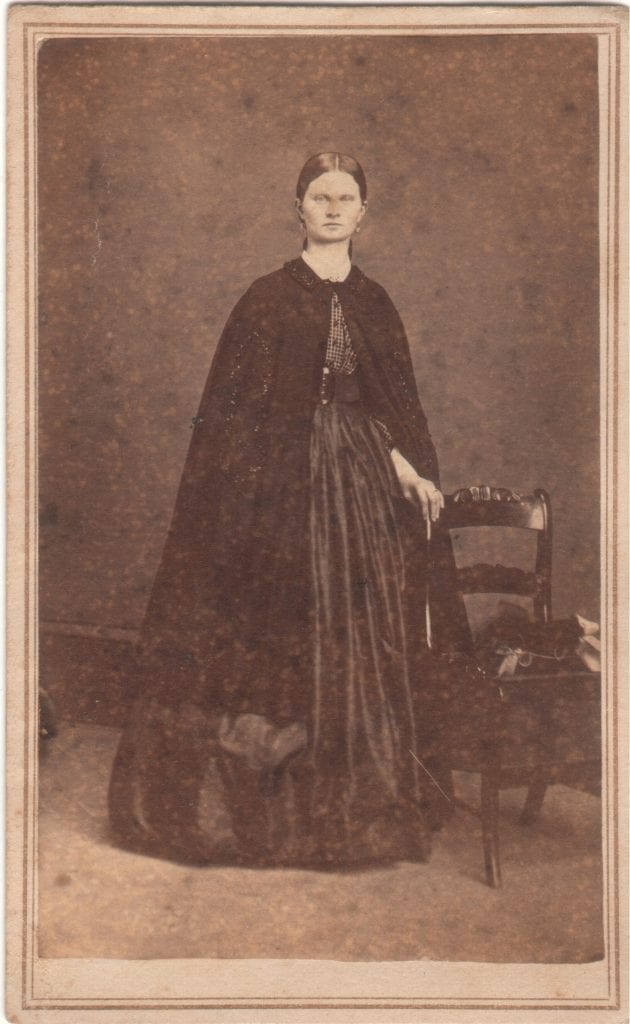 While Miss Nettie Stickney was a dedicated scholar, it appears that she also found time for romance. On August 7, 1866, she and another Lane University Professor, Squire S. Riley, were married in Jasper County, Missouri. About two weeks later they returned quietly to Lecompton. According to a brief wedding announcement that appeared in the local paper, “They look well and seem to feel well, and have taken their places in the school, just as though nothing had happened. Success to the happy pair.”

According a news article by Squire Riley, he (and, of course, Nettie) taught two years at Lane University, and then in the fall of 1867 they came to Jasper County, Missouri, where he taught in a local schoolhouse. Why they left Lane is open to speculation, which is meaningless at this point. However, their first daughter Flora was born July 14, 1867, and it may be that Mrs. Nettie S. Riley needed the support of her family in raising her young family.

*In all of the Lane University records, she is listed as an alumni of the class of 1867.